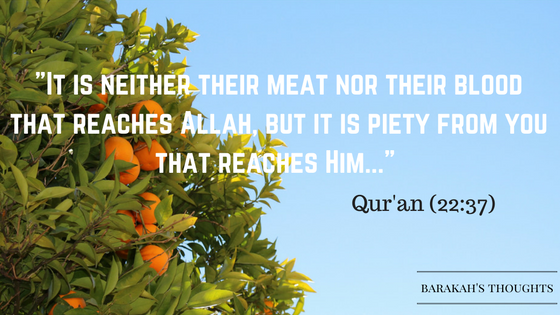 It’s Eid period guys and Muslims are celebrating as Eid means celebration. Muslims have two Eid Festivals in a year. Eid-al fitr also known as the Lesser Eid which marks the end of  Ramadhan  (Muslim Fasting period)  and  Eid -al Adha which  symbolises Prophet Ibrahim’s (Abraham) willingness to sacrifice his son as a sign of devotion to Allah and is also known as greater Eid.

All over the world today, Muslims are celebrating Eid-al Kabir and often times non muslims ask questions like what is the significance, why do you have 2 major Festivals, why do you slaughter sheeps and so on.

Eid-al adha also Eid-al kabir is the second major important festival in the muslim calender. It remembers Prophet Ibrahim’s (Abraham) willingness to sacrifice his son (ismail) when God ordered him to as an act of obedientce to his creator. God Then tells Ibrahim to spare the child and sacrifice something else instead.

Muslims all over the world who can afford to slaughter an animal typically a sheep or a goat do so in  remembrance of prophet Ibrahim’s willingness to submit himself to the divine will. Muslim families traditionally sacrifice an animal during Eid al-Adha,They share out the meat amongst friends, family and the poor.

In Muslim countries, Eid al-Adha is a public holiday that involves animal sacrifice, prayers and family gatherings.Eid usually start with Muslims dressed in their best attires going the mosque for prayers and thanking God for all HIS blessings on them.

It is also a time to visit family and friends as well as offer presents to one another.

Muslims say Eid Mubarak to each other on this day, which simply means May your day be a Blessed one / Happy Eid.

Wishing us all a Happy Holiday…