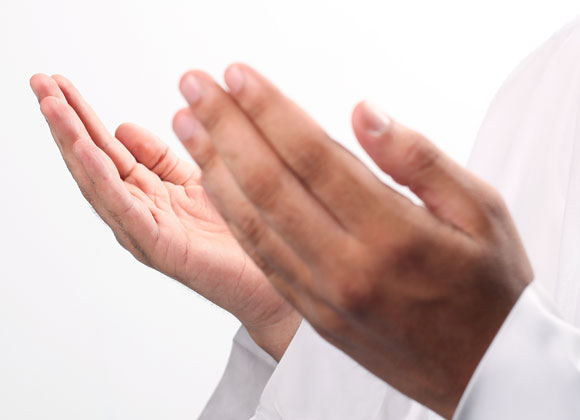 Who doesn’t love Witr? it’s just an amazing moment where you get to bond more with your creator.The feeling is absolutely indescribable but sadly a number of us still struggle with remembering and memorizing witr dua(s). The Witr (odd number) prayer is the last prayer of the night, it’s the extra prayer that the Prophet practiced and highly encouraged Muslims to practice as well.

The Prophet said, “Night prayer is offered as two Rakat followed by two Rakat and so on, and if you want to finish it, pray only one Raka which will be Witr for all the previous Rakat.” Al-Qasim said, “Since we attained the age of puberty we have seen some people offering a three-Rakat prayer as Witr and all that is permissible. I hope there will be no harm in it.”   Volume 2, Book 16, Number 107

In Witr prayers, you recite Suratul Fatihah and some other verses from the Qur’an. Before or after Rukoo’ (bowing) of the last Rak’ah you raise your hands high up to the level of the shoulders and supplicate, Now this is where a lot of people go blank most especially if you are not at the masjid where the Imam make the du’a and you just get to say Amin.

As much as it is okay to say du’a(s) in your language, it is better for you to memorize some du’as (supplications prayers) from the Prophet Muhammad (pbuh) in Arabic. Memorizing can be a struggle for some people,if you are still struggling with witr du’as, here is what to do:

Stick up your dua(s) on the wall:

There is nothing wrong with reading the du’a from a paper until you are able to memorize it, stick up the dua(s) on your wall and as soon it’s time for witr, you can read up,this helps with memorizing the du’a(s) as well and before you know it, you are already reciting it by heart.You could also read  from the Qur’an or a book, but for convenience, stick them up on the wall, it aids with the concentration.

The du’aa’ of qunoot  recited by the prophet during witr was narrated by Abu Dawood (1425), al-Tirmidhi (464), and al-Nasaa’i (1746) from al-Hasan ibn ‘Ali (may Allaah be pleased with him) who said: The Messenger of Allaah (peace and blessings of Allaah be upon him) taught me some words to say in qunoot al-witr:

Note that It is not obligatory for the du’aa’ of Qunoot to be in the words narrated from the Prophet (peace and blessings of Allaah be upon him); rather it is permissible for the worshipper to say other words or to add to them. Even if he were to recite verses from the Qur’aan that include words of supplication, that would be sufficient. Al-Nawawi (may Allaah have mercy on him) said: Note that there is no specific du’aa’ for Qunoot according to the preferred point of view. Any du’aa’ that is said will serve as Qunoot, even if one recites a verse or verses from the Qur’aan that include words of supplication, this will count as Qunoot, but it is better to recite the words that were narrated in the Sunnah.

And understand that Qunoot is Sunnah in Witr and if a person omits it sometimes, there is nothing wrong with that.

Asides reciting from the wall, ensure that you try to memorize the du’a(s) during the daytime as well.

So bottom line is, get a list of du’a(s), stick them on the wall and make your witr a heavy one. May Allah make it easy, Amin.

PS; This is also a very good method for kids as well…help your kids memorize du’a(s) by sticking your du’a(s) on the wall.

Chat me up in the comment section if you have any other method or if this works for you….

See you in my next post In shaa Allah…