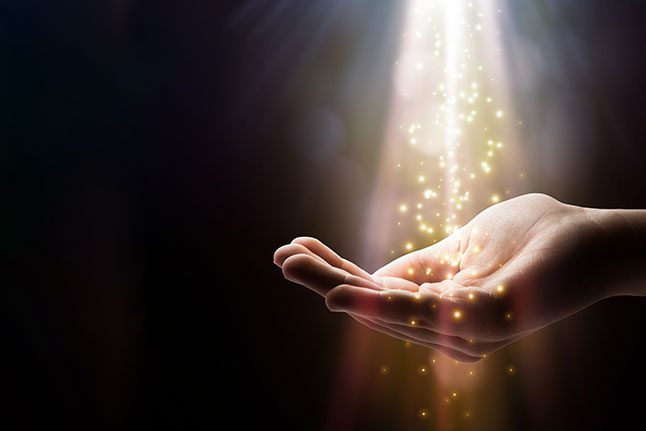 We all have things that have happened to us in our past that are affecting us one way or the other. We experience these issues daily which can be barriers in our daily activities. Sometimes even when we are aware of these wounds all we want to do is pretend nothing happened and pay less attention to it thereby not knowing how deep it is and expecting it to magically disappear.

In the part of the world where I come from, when one is emotionally traumatized be it from, rejection, betrayal, loss of loved ones, Abuse e.t.c, you often hear people around you say things like “ there is nothing new under the sun, it has happened already, you have got to move on” instantly you feel, I have to shut these part of life, I don’t know how it will happen but I just have to shut it, which in most cases literally means denying our emotional pain just to carry on with our daily activities but sincerely how easy can it be?

In quest for this, You find that we are looking for balance and then we end up with more imbalance because we have chosen to ignore our inner part, we begin to look for what will heal us externally and fast but what we do not know is that, In order to heal emotional pain, we need to acknowledge it.

Emotional wounds are to be addressed to allow you heal from them, we have to address them like health issues thereby healing from them quickly, if they are not addressed, they could affect us physically and even mentally.

A sister once said to me, “I can’t move on” I just can’t… This is someone who seemed so happy and will hang out with people and make people happy, But within her is a battle she has to fight, one that has to be won in other for her to live healthily and most importantly please her creator as required, This is to say, Emotional wounds varies, some are quite and some aren’t so deep, in some cases, you find some people thinking of suicide, having issues with self-worth and self-esteem due to emotional wounds, in this case it is advised that you go for professional counselling to help heal fast.

Asides being aware that we have an issue that needs attention, Understanding that whatsoever it is you are going through and you have gone through is and was a test from your creator, which you need to help in putting your trust solely in Allah s.w.t.

“Do the people think that they will be left to say, “We believe” and they will not be tried?” Quran 29:2

Allah has only promised in the above verses that he will test us in all possible ways, it is just correct to say whatever it is you are going through is a test from Allah s.w.t, He wants to see how you handle it and who you turn to when he chooses to test you.

Let’s take the story of prophet Musa for example…

….. Ibn ‘Abbas narrated: “Pharaoh saw in his vision a fire, which came from Jerusalem and burned the houses of the Egyptians, and all Copts, and did not do harm to the children of Israel. When he woke up, he was horrified. He then gathered his priests and magicians and asked them about this vision. They said: “This means a boy will be born of them and the Egyptian people will perish at his hands.’ That is why Pharaoh commanded that all male children of the children of Israel be killed.”

Either way, this vision reached the ears of the Pharaoh. He then issued a decree to slay any male child that would be born to the children of Israel. This was carried out until the experts of economics said to Pharaoh: “The aged of the children of Israel die and the young are slaughtered. This will lead to their annihilation. As a result, Pharaoh will lose the manpower of those who work for him, those whom he enslaves, and their women whom he exploits. It is better to regulate this procedure by initiating the following policy: males should be slaughtered in one year but spared to live the next year.” Pharaoh found that solution to be safer economically.

Moses’s mother was pregnant with Aaron (pbuh) in a year that boys were spared; thus she gave birth to the child publicly and safely. During a year in which boys were to be slain, she gave birth to Moses (pbuh); thus his birth caused her much terror. She was afraid he would be slain, so she nursed him secretly.

And We inspired the mother of Moses, saying: “Suckle him (Moses), but when you fear for him, then cast him into the river and fear not, nor grieve. Verily! We shall bring him back to you, and shall make him one of (Our) Messengers.” (Ch 28: 2-7 Quran).

No sooner had the divine revelation finished that she obeyed the sacred and merciful call. She was commanded to make a basket for Moses. She nursed him, put him into the basket, then went to the shore of the Nile and threw it into the water.

She grieved as she threw her son into the Nile. However, she was aware that Allah was much more merciful to Moses than to her, that He loved him more than her. Allah was his Lord and the Lord of the Nile.

Let’s just Imagine the Trauma of having to let go of your child. You can’t access him anymore nor do you know what exactly will happen to him. Subhanallah, Her heart was emptied out and she was emotionally paralyzed.

“And the heart of Moses’ mother became empty [of all else]. She was about to disclose [the matter concerning] him, had We not bound fast her heart that she would be of the believers.”

Allah s.w.t calmed her heart and brought her back to a better state…

Why then do we feel we can never recover from all that has happened and is happening to us?

Agreed, we as human beings don’t have the ability to emotionally recover sometimes but Allah has the ability to heals us. When you have an emotional wound, all you desire is peace of mind and Only Allah s.w.t can grant you that which you want and all we need to do is ask, ask that HE Tie up our hearts and make it firm just like HE tied and made firm that of prophet Musa’s Mother.

We also need to understand that, things like this do take time, it is disturbing and bothering, but we must continue to take the right steps towards winning the battle, you will have scars but the wound will hurt no more and you will wake up one day and feel so good and in shaa Allah you will also get to share your stories so as to help others heal… I do pray that Allah s.w.t make it easy for every one of us Amin.